Skip to content
“A long journey through all the surprises of skin blood flow” – meet the nurse, professor and entrepreneur Anna-Christina Ek

She is educated as a nurse and worked as a surgical nurse for a couple of years. Then she eduacted as a teacher and get a bachelor in sociology and pedagogy. At a pressure ulcer seminar, which she arranged, she got asked to do research of pressure ulcers with a focus on superficial blood flow. She hesitated at first, then she said yes. Three decades later PU sensor was started, a better risk assessment for a reduced number of pressure ulcers. Meet Anna-Christina Ek, today retired but still active as a partner, board member and advisor in the company about the long journey through the various blood flow surprises.

– I was educated nurse but also a teacher and had a bachelor’s degree in sociology and pedagogy. To be a doctoral student in the early 80s, with a distinct care perspective of pressure ulcers, meant many interesting meetings, Anna-Christina says.

Anna-Christina, who disputed in 1985, made several blood flow studies that attracted much attention, both nationally and internationally. She participated in various conferences and presented the results from a nursing and medical technology perspective.

– At a conference, someone said that “you are so famous, so I thought you were a man”.

When Anna-Christina one day found a brochure about a French-made small loader that could be sunk into the hospital mattress, she could begin to observe how the body’s own weight affected the skin’s superficial blood flow when resting on a hospital mattress.

– I saw the idea that the PU sensor is based on today, but we could not then interpret what we saw.

In the late 80’s, Anna-Christina met Margareta Lindgren. It was the beginning of a long, professional relationship. On behalf of the National Board of Health and Welfare, they wrote together “The book about pressure ulcers”.

– The National Board of Health and Welfare was stingy when they decided on the number to be printed. They did not want leftover copies lying in the archive. And instead, they had to printed new ones again and again, which also ran out of. It was popular then but is outdated today because knowledge is constantly evolving.

After the success of the book, Margareta was accepted as a doctoral student. She defended her disputation in 2003. A disputation focusing on pressure ulcers and prevention. Anna-Christina and Margareta continued to work together focusing on the effect of body weight on skin blood flow in stressed skin, but now with a combination of two optical techniques: laser Doppler and photoplethysmography.

After several years of further research, the PU sensor was born in March 2016. But it was becoming nothing at all.

– The university had a positive attitude to our idea and wanted to help us realize it. But we did not have the knowledge required to establish a company. Luckily, we got a very good coach at LiU Innovation in Jonas Nilsson. He helped us develop the commercial part.

On a couple of occasions, Anna-Christina and Margareta participated in Venture Arena where financiers, business angels and technology developers got to listen to ideas. Several potential stakeholders appeared but no one was interested enough at the first time. Not at the second time either… almost. Just when Anna-Christina and Margareta are about to leave, a man who is also about to do the same comes.

– He started asking questions and his interest seemed both genuine and knowledgeable. I got the feeling that he had tried to solve the pressure ulcer issue earlier.

The man was Johannes Walfridsson. Since then, Johannes lead the company.

Today, Anna-Christina is retired but still active in the company. As an owner, board member and advisor. And she’s happy it’s a business. 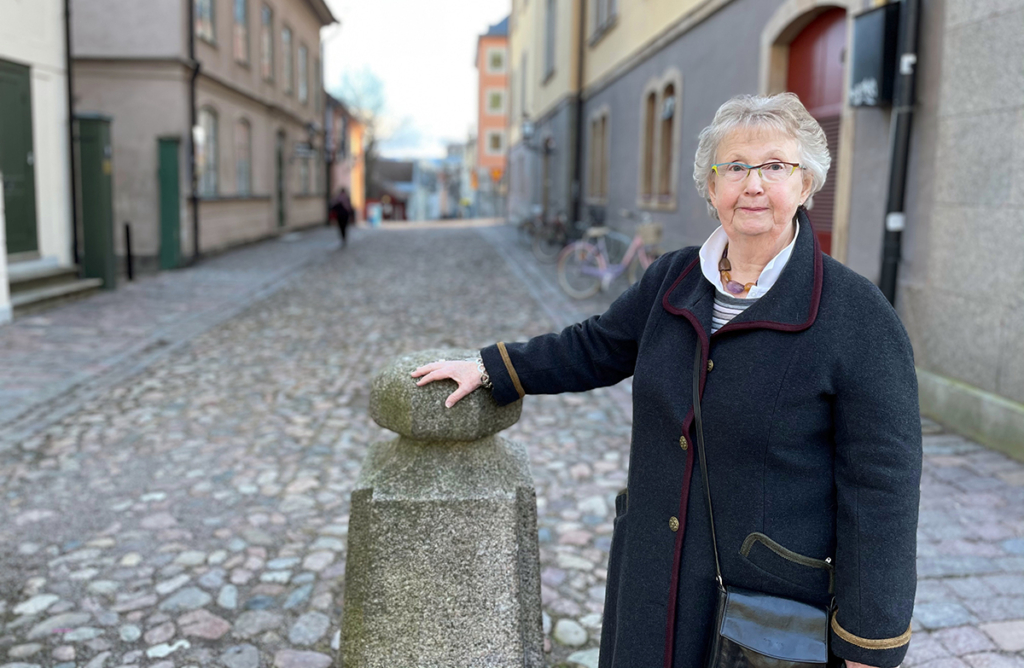